"Herb Alpert & The Tijuana Brass"-11" X 11"-16 pages-color and black and white-1970's-Concert Program. This vintage concert program features a biography of Herb Alpert plus photos of Herb Alpert & The Tijuana Brass-performing...in concert...on tour,etc.Herbert "Herb" Alpert (born March 31, 1935) is an American musician most associated with the group variously known as Herb Alpert & The Tijuana Brass or as Herb Alpert's Tijuana Brass or just TJB for short. He is also famous for being a recording industry executive — he is the "A" of A&M Records (a recording label he and business partner Jerry Moss founded and eventually sold). Alpert's musical accomplishments include five number one hits, twenty-eight albums on the Billboard charts, eight Grammy Awards, fourteen Platinum albums and fifteen Gold albums. As of 1996, Alpert had sold 72 million albums worldwide. The concert program has been autographed inside the program on his photo by Herb Alpert.........BOTH CONCERT PROGRAM AND AUTOGRAPH ARE IN USED CONDITION.......... 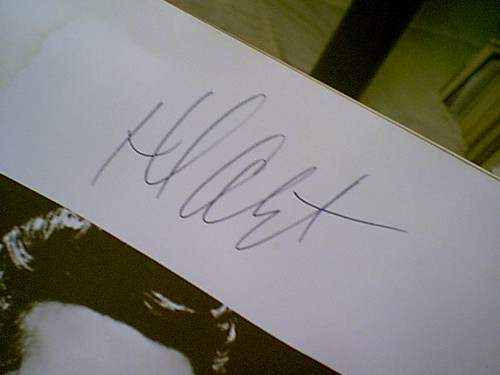