Crawdaddy Magazine-October 1973-89 pages. This vintage Crawdaddy Magazine-which originally sold for seventy five cents-features a color cover photo of Gregg Allman plus an article with photos.Gregory LeNoir "Gregg" Allman (born December 8, 1947) is an American rock and blues singer-songwriter, keyboardist, guitarist and a founding member of The Allman Brothers Band. He was inducted with the band into the Rock and Roll Hall of Fame in 1995 and received a Lifetime Achievement Award from the Georgia Music Hall of Fame in 2006. His distinctive voice placed him in 70th place in the Rolling Stone list of the "100 Greatest Singers of All Time".The Crawdaddy has been autographed on the front cover by Gregg Allman.......BOTH MAGAZINE AND AUTOGRAPH ARE IN VERY GOOD CONDITION. 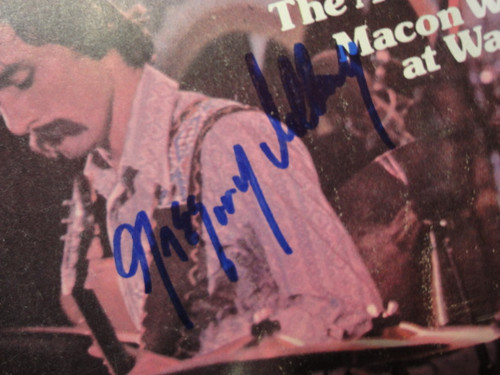