This item is a 12" X 12",color lithograph photo of astronaut Buzz Aldrin.Buzz Aldrin (born Edwin Eugene Aldrin, Jr., January 20, 1930) is an American mechanical engineer, retired United States Air Force pilot and astronaut who was the Lunar Module pilot on Apollo 11, the first manned lunar landing in history. On July 20, 1969, he was the second human being to set foot on the Moon, following mission commander Neil Armstrong.The color lithograph photo has been autographed on the front by Buzz Aldrin........BOTH PHOTO AND AUTOGRAPH ARE IN VERY GOOD CONDITION. 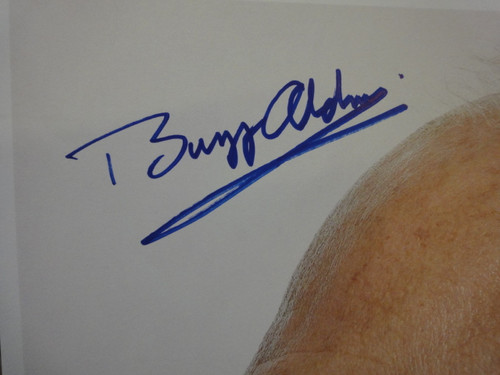