THIS IS AN AUTHENTICALLY AUTOGRAPHED SONGBOOK BY AL ALBERTS... SING SING SING ALONG-BY AL ALBERTS AND BIX REICHNER-AS RECORDED BY AL ALBERTS AND LIFERS CHORUS ON JUBILEE RECORD ALBUM NO JGM 2040-COVER IS SIGNED BY AL ALBERTS-FEATURING:A S ING ALONG, HOW ARE THINGS IN DANNEMORAT, THE LAST LONELY MILE, FAR FROM THE MOB AT HOME, ROMEO'S IN JOLIET, THERE IS A ROCK OUT IN THE BAY, SHE;LL NEVER STOP LOVIN NUMBER 92538 COME 11 8321, WAREN, FAR ABOVE THE HUDSON'S WATERS, MERRILY WE CLIMB THE WALL, THEY BROKE MY NOSE WITH A RUBBER HOSE, ALCATRAZZ JAZZ. CONDITION OF THE SONGBOOK, COVER AND AUTOGRAPH IS VG. Al Alberts (born August 10, 1922) was a popular singer and composer. Born Al Albertini in Chester, Pennsylvania, he went to South Philadelphia High School, whose alumni included many others who would become famous in show business, such as Joey Bishop, Buddy Greco, Al Martino, Mario Lanza, Chubby Checker, Jack Klugman, Eddie Fisher, Marian Anderson, Frankie Avalon,Charlie Gracie, Fabian. As a teenager, he appeared on the Horn and Hardart Children's Hour, a radio program. Another performer who was on at the same time, Kitty Kallen, also became a major recording artist. After graduating from South Philadelphia High, he went to Temple University and the United States Navy, where he met Dave Mahoney. They went on to found The Four Aces. The Four Aces recorded the song Three Coins in the Fountain, written by Jule Styne for the film of the same name. The song hit the #1 bestselling record twice in 1954. Alberts also popularized the song On the Way to Cape May, first through recording it, and then by performing it often on his later television show and specials. The Four Aces biggest hit was "Love is a Many Splendored Thing", which was the theme to a 1955 blockbuster Hollywood movie starring William Holden and Jennifer Jones. The song was a number one hit for four weeks, and it also won the Academy Award for best song. Subsequently, he became a television personality in Philadelphia where he hosted a one-hour Saturday afternoon talent show, called Al Alberts Showcase, that featured a panel of local children known as the "Teeny Boppers;" Also there was a group of young teenage dancers called the "Show Stoppers." Local talents of all ages would sing songs and perform dance routines. Al would sit with the Teeny Boppers and they would each tell him a joke. The show helped launch the careers of Andrea McArdle, and such acts/performers as Sister Sledge, The Kinleys, and Teddy Pendergrass. The "Al Alberts Showcase" was Alberts way of giving back to his hometown by giving new talent a place to shine. His efforts were greatly appreciated by the general public, and almost everyone who grew up in the Philadelphia area for decades knew someone who had performed on the show. Not every performer became a big star, but Alberts made a difference in the lives of many young people. For many people, Alberts was like a member of their family. The show went off the air after Alberts' retirement in 1994 after 32 years. 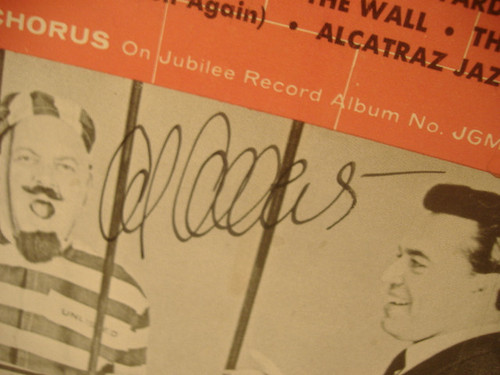