THIS IS AN AUTHENTICALLY AUTOGRAPHED PHOTO BY ALAN ALDA AND MELVYN DOUGLAS... THIS IS A 8 INCH BY 10 INCH BLACK AND WHITE PHOTO SIGNED BY ALAN ALDA AND MELVYN DOUGLAS. CONDITION OF THE PHOTO AND AUTOGRAPH IS VERY GOOD. Alan Alda (born Alphonso Joseph D'Abruzzo; January 28, 1936) is an Academy Award nominated, Emmy award-winning American actor, director and screenwriter. He is well known for his role as "Hawkeye Pierce" in the television series M*A*S*H. During the 1970s and '80s, he was viewed as the archetypal sympathetic male, though in recent years, he has appeared in roles that counter that image. Melvyn Edouard Hesselberg (5 April 1901  4 August 1981), better known as Melvyn Douglas, was an American actor. He won all three of the entertainment industry's highest awards, two Oscars, one Tony and an Emmy. 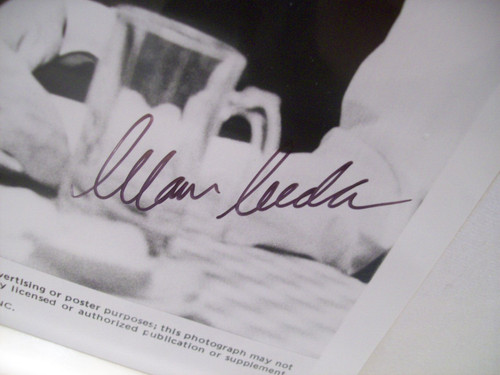