Life Magazine-May 8,1970-92 pages. This vintage Life Magazine-which originally sold for fifty cents-features a cover photo of Spiro Agnew plus an article with photos.As Richard Nixon's vice president, Spiro Theodore Agnew served from 20 January 1969 until 10 October 1973, when he resigned over matters unrelated to the Watergate scandal. Agnew, the son of Greek immigrants, grew up in Baltimore, Maryland, where he began practicing law in 1949. From 1962 to 1969 he served as a county executive in Baltimore before being elected governor in 1967. As Nixon's vice president he was not closely involved in policy decisions, but he was a media favorite for his staunch defense of the Vietnam War and his colorful attacks on war protesters, the press and political dissidents. Agnew's fiery rhetoric became legendary: he famously called the press "nattering nabobs of negativism" and referred to war critics as "an effete corps of impudent snobs who characterize themselves as 'intellectuals.'" After Nixon and Agnew were elected to a second term, Agnew became the focus of an investigation by the U.S. Attorney's office in Maryland for financial irregularities while he held state office. Rather than face trial, Agnew resigned and entered a plea of no contest to charges of evading income tax. He was sentenced to three years probation and fined $10,000. After he left office Agnew avoided publicity and went into business as an international broker. In 1981 he was ordered by a Maryland court to repay more than $248,000 to cover bribes he took while in state office.The Life Magazine has been autographed on the front cover by Spiro Agnew.............BOTH LIFE MAGAZINE AND AUTOGRAPH ARE IN VERY GOOD CONDITION.......................... 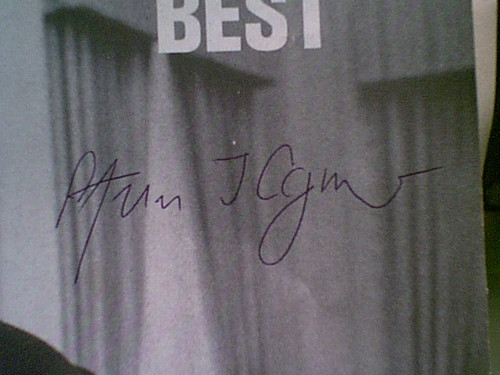