"RIP Presents Aerosmith"-Volume 1-Number 2-1988-61 pages-Magazine. This magazine is devoted entirely to Aerosmith.Grammy Award-winning hard-rock band known for its blues-influenced style, flamboyant stage presence and an amazing 1984 comeback. After a long battle with drugs and bad blood within the band, the group broke up in the 1970s. The band's recordings include Toys in the Attic (1975), Permanent Vacation (1987) and Get a Grip (1993).The magazine has been autographed on the front cover by Steve TYler,Joe Perry and Tom Hamilton..............BOTH MAGAZINE AND AUTOGRAPHS ARE IN EXCELLENT CONDITION............. 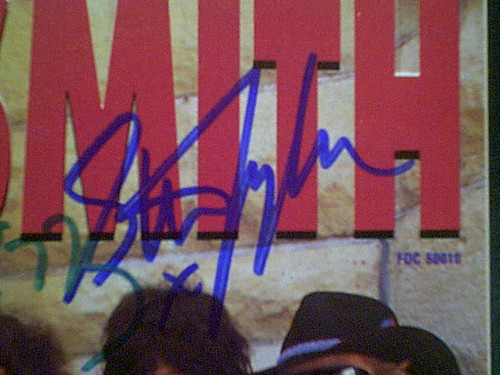