THIS IS AN AUTHENTICALLY AUTOGRAPHED PHOTO BY MAUD ADAMS AND BRUCE DERN... THIS IS A 8 INCH BY 10 INCH BLACK AND WHITE PHOTO SIGNED BY MAUD ADAMS AND BRUCE DERN. CONDITION OF THE PHOTO AND AUTOGRAPHS IS VERY GOOD. Tattoo is a 1981 film starring Bruce Dern and Maud Adams. Karl Kinsky (Dern) is a mentally ill tattoo artist who is hired to create temporary tattoos for some models. He becomes obsessed with one of them, Maddy (Adams), and kidnaps her in order to force her to wear "his mark". He keeps her captive as he creates his masterpiece on her body. Throughout the ensuing captivity, Maddy tries several times to escape, but her attempts are continually thwarted by Kinsky. 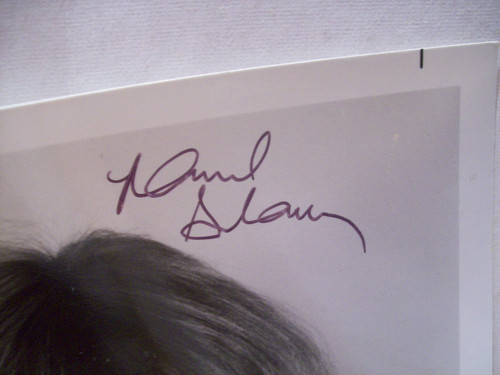