THIS IS AN AUTHENTICALLY AUTOGRAPHED TOUR PROGRAM BY ADAM ANT... THIS IS A 9 1/2 INCH BY 12 1/2 INCH FULL COLOR 24 PAGE TOUR PROGRAM SIGNED BY ADAM ANT FOR HIS FRIEND OR FOE TOUR. CONDITION OF THE PROGRAM AND AUTOGRAPH IS VERY GOOD. Adam Ant (born Stuart Leslie Goddard on 3 November 1954) is an English musician, who gained popularity as the lead singer of 1980s New Wave/post-punk group Adam and the Ants and later as a solo artist. Adam was also a star in America where he not only scored a string of hit singles and albums, but was once voted sexiest man in America by the viewers of MTV. He is also an actor, having appeared in two dozen films or television episodes between 1985 and 1999. 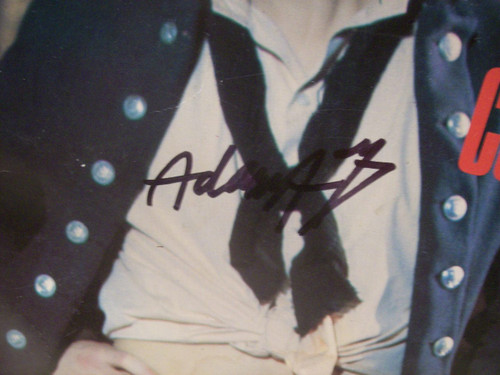