"Amadeus"(Saul Zaentz Co. 22246)-Color Laserdisc-Sealed.Amadeus is a 1984 period drama film directed by Milo Forman and written by Peter Shaffer. Adapted from Shaffer's stage play Amadeus (1979), the story is a variation of Alexander Pushkin's play Mozart i Salieri (?????? ? ???????, 1830), in which the composer Antonio Salieri recognizes the genius of Wolfgang Amadeus Mozart but thwarts him out of envy. The story is set in Vienna, Austria, during the latter half of the 18th century. The film was nominated for 53 awards and received 40, including eight Academy Awards (including Best Picture), four BAFTA Awards, four Golden Globes, and a Directors Guild of America (DGA) award. In 1998, the American Film Institute ranked Amadeus 53rd on its 100 Years... 100 Movies list.A piece of shrink wrap has been removed from the front cover and the laserdisc has been autographed on the front by F. Murray Abraham and Tom Hulce..................CONDITION OF LASERDISC IS SEALED. CONDITION OF AUTOGRAPHS IS EXCELLENT. 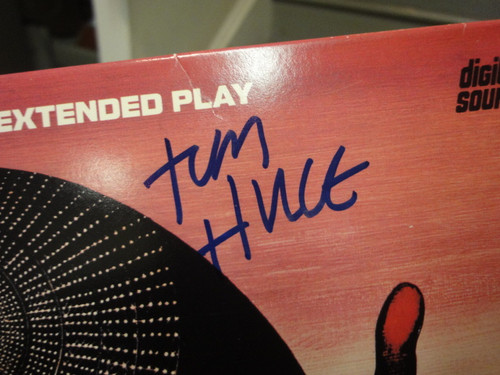